How To Dominate The Conversation For Marketing 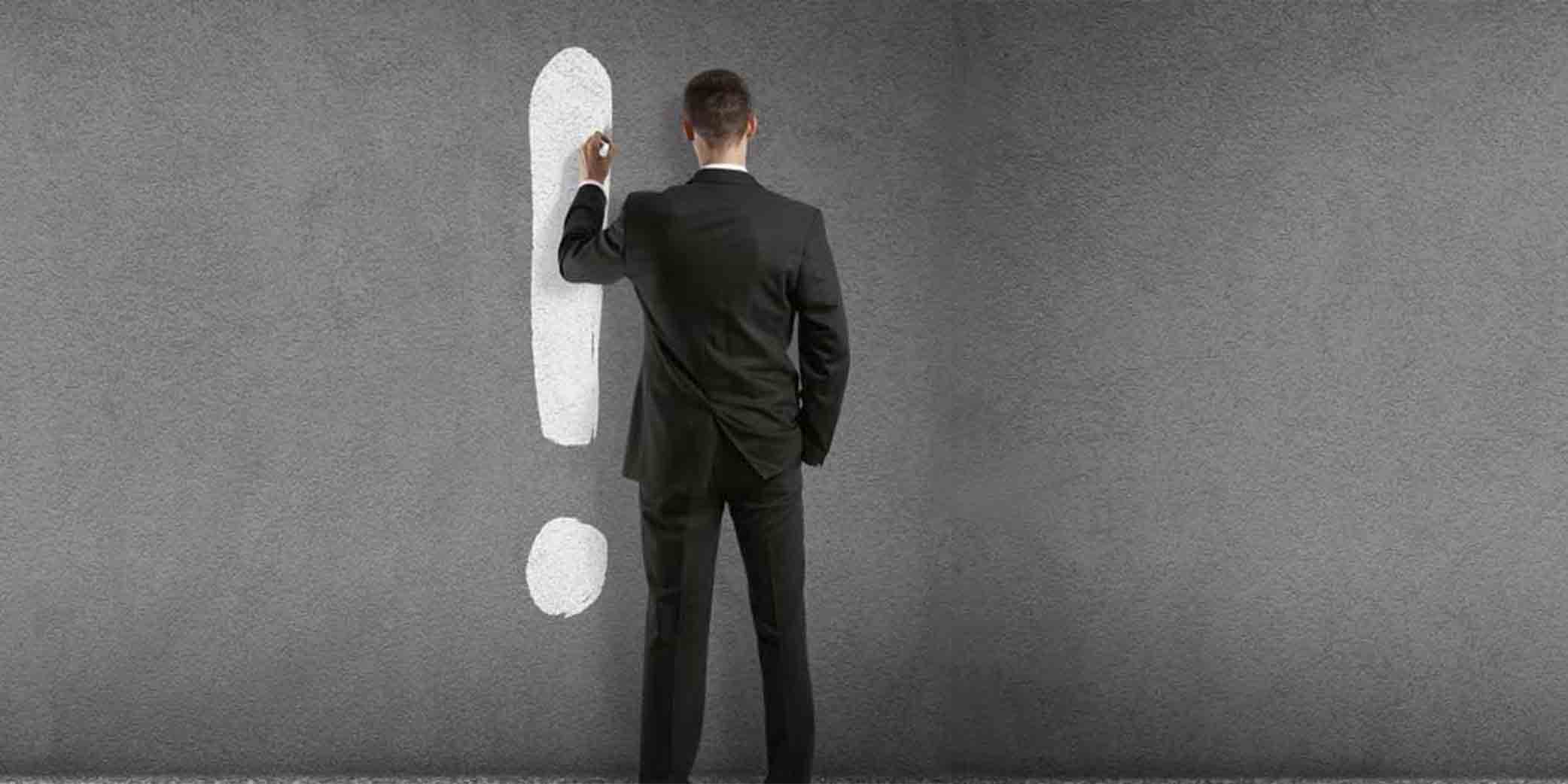 In Robert Cialdini’s book Pre-Suasion there’s a section that speaks to how we assign importance to things in our lives. The crux of the matter is that whatever is in front of you is going to be the most important thing to you at the moment. If there are news stories the slant or bias of the journalists (I know, an oxymoron) will not be specifically that important, but the topic that’s being discussed will be important to you. This is an important effect because the mainstream media plays an important role in setting the agenda that we talk about. A great example of this is the recent presidential election that resulted in the election of the oft-tweeting Donald J Trump. Whether you get your news from Fox News, CNN, The Guardian or Breitbart there are a set of topics that were being discussed before the election. What’s important is the content of the discussion. As media consumers our attention will be placed with the information that’s in front of us. And then we’ll decide whether we agree with the message, but the point is we are thinking about that topic, and not one of a thousand of other things. We could be debating whether David Spade is a good actor, whether anti-protons will result in scientific discoveries that enable warp drive, or if sometime in the future a wholly new color will be discovered. No, we’re talking about x – that thing that is in front of you right now.

As media covers an event, a person or a topic the more it is important to the everyday person. We hear a lot about war in Syria, but did you know that in October the US dropped bombs in Yemen? This is probably not on your radar. This type of focused thinking will certainly extend across business niches, political

This type of focused thinking will certainly extend across business niches, political circles and friendship groups. In advertising a lot of people are talking about programmatic advertising, programmatic TV (or is it addressable TV, or advanced TV?), and fraud prevention. We’ve all been there when something especially noteworthy happens in a friend group, and the conversion will always turn to that one friend who did something (insert your adjective: noteworthy, crazy, stupid, successful, etc). That person becomes the center of

We’ve all been there when something especially noteworthy happens in a friend group, and the conversion will always turn to that one friend who did something (insert your adjective: noteworthy, crazy, stupid, successful, etc). That person becomes the center of focused conversation, and maybe some gossip.

Entrepreneurs and other professionals are known to be in our heads about the work we do spending time researching, gaining knowledge and defining a competitive stance. It may even feel like the person whose head is in the clouds about one point or another is in a completely different world than his or her partner, and some of this can be tied back to the single-minded focus on solving challenges in a business, understanding a friend’s motivations, or simply being tuned into the latest news coverage. Evidence abounds about the effects of our mind’s ability to process a little over one track of information at a time. Research often shows that people who watch the news tend to perceive their city, or the world, to be a more dangerous place than it really is.

Evidence abounds about the effects of our mind’s ability to process a little over one track of information at a time. Research often shows that people who watch the news tend to perceive their city, or the world, to be a more dangerous place than it really is. Local news will often over-cover violent crimes to satisfy the need for ratings (i.e. speaking to the viewer’s interest in seeing crime stories). The result, then, is the viewer will expect that the world is a more dangerous place. In other words, if it bleeds, it leads.

Further evidence about this shows up in the myth of multi-tasking. It’s a misnomer. More accurately people are switching back and forth between two tasks, rather than focusing on two tasks at the same time. Whether it’s conversations, work, or play, you’ve probably noticed this. A great example of this effect is what happens when you play music in the car while you are trying to follow directions. If you pay more attention to the directions, or Waze, you’ll realize that the music fades into the background. This happens because our brains are switching between the music and the directions. Or, engrossed in the music you miss your exit off the freeway. Those switching costs, focusing from one task to the next take tenths of a second, which is sometimes long enough to miss critical information. That’s why driving distracted is so dangerous.

When something is top of mind two things happen. The first is that the reciever of the message is given an opportunity to hear the message. The second is that the importance of that message gets amplified because it is the message that’s in front of the consumer at the moment. This becomes especially true if the message is delivered in a way that drives “outsize attention” to that message. This is fundamentally significant. It’s this second part that is fascinating.

If you have a library full of people studying and someone starts yelling – they can yell anything good or bad – the message will be heard. Better yet, the message will take on that added level of importance because it is delivered in a way that creates outsized attention. Who do you know that did this recently? Our oft-tweeting President Elect. He dominated the conversation and created an outsized effect in his delivery. Not only did he say a lot, dominating the news cycle, what he said was sometimes over the top, and outside the norms of a presidential nominee.

So, the message that’s in front of you is the topic that you’ll be thinking about, and if it’s delivered in an outsized way, or a breakthrough way, the message will take on a second dimension of added importance. This is fundamentally the crux of good marketing. Get your message in front of the consumer. Remain salient, and do so in a way that eclipses the rest of your competitors.

So, how do you execute this marketing?

Here are the highlights:

Ensure that people who talk about your product or service know you exist. Create content that lets them know you solve for their solutions. Be part of the conversation everywhere you can. Surround them. Get in front of the consumer and stay there. Be the company they always see when they are thinking about that challenge.

Use Facbeook, hyperlocal ads, programmatic ad delivery and native ad solutions to be everywhere your consumer is in digital environments. Target a small and highly relevant audience, and be at every turn there to solve for their challenges. Use data, algorithmic optimization and contextual targeting to hone in on the audience that will be most interested in your message.

Develop visual representations of your brand that break through. Create content with a consumer insight in mind. Think about the challenges you solve, the consumer’s life and the way that their life is better with your business serving them. Show your product in action as a hero, and let influencers and publications tell your story on your behalf.

Use the existing infrastrucutre available to marketers to build a network of people who are specifically interested in the solutions you provide. What kind of amazing work would you be able to do if you had access to the breadth of reach that NBC has across its social platforms. As a business existing in 2016 you have the ability to use social channels, email lists, simple content creation tools, live video, influencers, inexpensive and up and coming talent and never before available content distribution to create content for your business, thereby attracting a slew of people only interested in the solutions you offer.

In summary, if you think about marketing as the fulfillment of that ability to dominate the conversation for your target audience you’ll have a strong guiding light to get in front of your target consumer at every possible turn. Create the conversation, be the topic that’s always on their mind and then watch them come to you as they realize what a timely solution you are for them.

Robert is the CEO of BrillMedia.co, host of the LA Business Podcast, and host of The Great Reset on YouTube.

Why Tracking The Consumer Journey Is So Hard

The Four Steps Of A Consumer Journey

What Is A Consumer Journey: A Definition

Get the insights, case studies and research about companies that use marketing to thrive during recession.