The Jobs Of The Future Will Be The Jobs Robots Can’t Do: Programmatic Advertising Edition

Programmatic ad buying represents a massive evolution in the way advertising is transacted. At its outset this new data driven and algorithmic decision making process seemed to be a big win for marketers. It helped marketers cut down on labor costs, publishers connect directly into demand and agencies win big on new revenue models. One of the clearest echoes during the start of the programmatic evolution that remains today is worry about jobs and the allocation of talent in our industry. Someone I recently spoke to, who is great at his job, said that being an executive who was successful in the pre-programmatic advertising age is like a silent move star at the dawn the talkies. There are more dimensions to the job, and the job is fundamentally different today than it was in the past.

I’ve said before that programmatic ad buying is a fundamentally human business. In a recent video floating around Facebook Michiu Kaku, the renowned theoretical physicist, describes the future of jobs. He talks about the concept that humans will be the tenders of the robots. For white collar professionals looking to find a place among robots and other highly qualified humans it’s clear that work will be found in a few key areas. “Creativity, imagination, leadership, analysis and doing science” are among the groups of roles that humans will be needed for.

I understand that in some circles the thought of a major change in the fundamental roles that we are used for is scary. After all change is scary, but if executed correctly change is also an opportunity. White collar jobs centered on middle management, “the friction of capitalism”, will be alleviated. In advertising this is as you have seen: the executives who negotiate CPMs, do many of the trafficking duties and who compile certain types of research have largely gone away, or at least have been substantially reduced. In contrast, these people are spending more time analyzing campaign performance, looking for the factors that make campaigns better, and performing the arts and sciences of advertising. Data scientists are very important, and even more junior and middle level executives are adept at data infused optimization.

Certainly creative roles in advertising are key. The ability to connect to humans, our journey, our needs, hopes and dreams, can only be done by other humans. This holds true even if computers get better at creating imagery and movies. Humans will still need to be the final arbiter of the creative work and its role in a marketing campaign.

Finally, I don’t think of this a competing with robots. When we look at the role of technology in our lives we’ll see the opportunity for new types of businesses and automation to help us. For example, Uber and AirBnB wouldn’t exist without the iPhone and Android. Internet jobs wouldn’t exist without the triad of Internet innovation, development of computers and the creation of highly powered mobile devices. I look at this evolution as the ability for humans to do work that otherwise wouldn’t have been possible. In fact, I predict the work we’ll do 100 years from now will be immensely different from the work we do today. It will be pedestrian among the knowledge and skillsets of the time, and the work of the future would be unimaginably difficult for us to do today. By the same logic, think about how immensely difficult it would be for a 35 year old in 1916 to do something simple, like, blog, much less manufacture a car with today’s automation tech, or understand the delivery mechanisms for programmatic advertising.

Like many industries we are facing incredible change, and incredible opportunity. If you want to remain competitive be a leader, be creative, be someone who is good at smart data analysis for marketing. 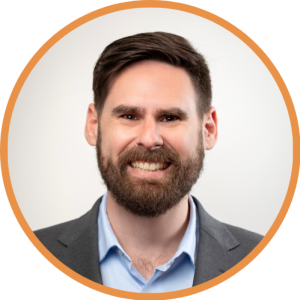 Robert is the CEO of BrillMedia.co, host of LABusinessPodcast, and writer on publications including Forbes, Inc. Magazine, and Martech Advisor. He is native to Los Angeles is an avid foodie.

See Us On Social Media

Speaking To Advertising And Communications Students At Pepperdine

How To Get Attention On Social Media